In Part 1 of our three-part series on S-5 Manufacturing, we discussed the history and the relationship between Rob Haddock and Harry Carner. In Part 2, we venture inside the facility to learn more about how those mighty clamps and brackets are actually made. We'll also delve into all of the plant staff - the human kind AND the machine kind.

Innovation and Entrepreneurial Spirit Applied to Mass-Manufacturing for Economy

At S-5!, two dynamite innovators joined forces to serve the metal roofing industry and to further spread their unparalleled expertise in developing clamps and brackets unequaled in holding strength, enhanced by innovative manufacturing techniques, unmatched in quality, efficiency, cost and real value that no one in the world could or can match. 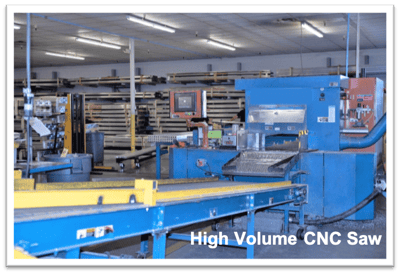 High Standards Start at the Bottom

Carner’s manufacturing plant is truly a well-oiled machine. He himself has designed much of the plant’s equipment. At the outset, Carner’s and Haddock’s goal for the plant was centered on efficiency. This meant procurement of state-of-the-art equipment specific to the production of S-5 components. Every modification, machine, procedure, and staff role has been created and honed to optimize production efficiency of these components with Zero Defects. And they have over-achieved these goals.

From training, to automation, to accreditations, S-5! gets the job done. Carner adds that at the plant, they “…have implemented ISO 9001-2015, as well as auditing by Factory Mutual, Under-writer’s Laboratory, TÜV, Intertek, the International Code Council (ICC), and others.” And all this with safety in mind too. The plant has received numerous quality and safety awards from MBMA, MCA and others. S-5! has also won “Company of the Year” from the City of Iowa Park. 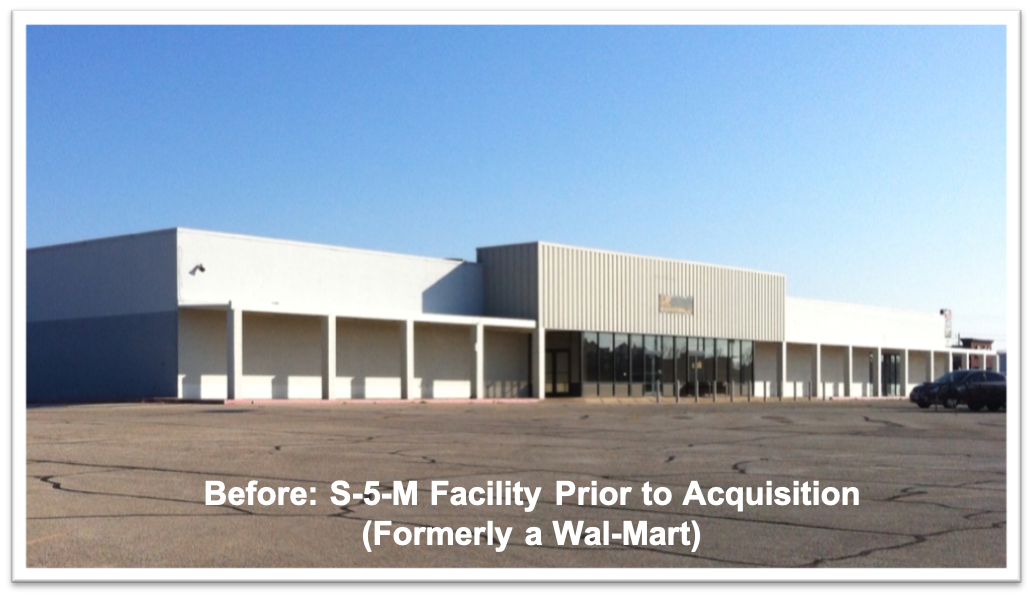 From the Ground Up

The above photograph illustrates the dramatic transformation the manufacturing plant underwent in becoming the state-of-the-art facility pictured below. Immediately following acquisition of the 20+/- year old facility (originally a Wal-Mart store), Carner and Haddock jumped on the efficiency bandwagon and began modernizing: retrofitting lighting systems, adding another R-20 insulation to the ceilings and re-habbing inefficient HVAC equipment, all to the end of creating a more comfortable workplace for S-5! staff while conserving energy and the environment. 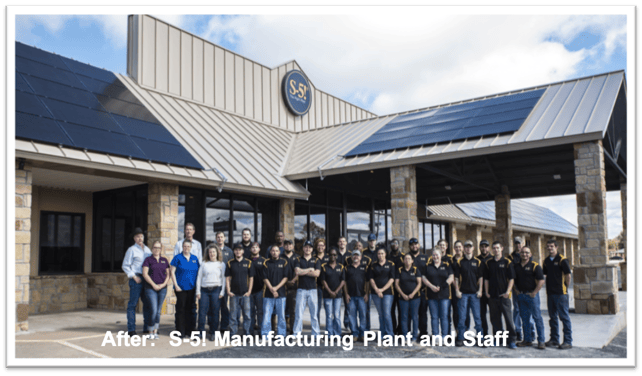 Next, to re-purpose the facility, extensive remodeling was done - adding thousands of square feet of office space. Finally, to bring the building into the current century, a striking facelift was applied to the outside of the building. To literally top it all off, 70 kilowatts full of solar power were added to the exterior of the building, saving 30% of grid power costs. 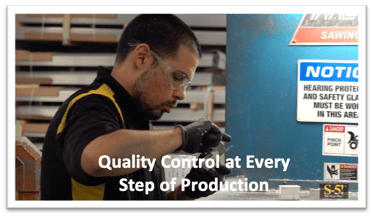 What About those Clamps and Brackets?

But the clamps don’t make themselves. And that is where the specially-trained plant staff comes into play. Using a three-shift cycle, the plant is able to operate just five days a week, with minimal overtime, and still maintain and meet prime production levels of high-quality-at low-cost components.

The plant has a motto. But it’s not just a “rah-rah message” of encouragement. S-5! Manufacturing and its staff fully stand behind the products they produce with Zero Defect quality controls. 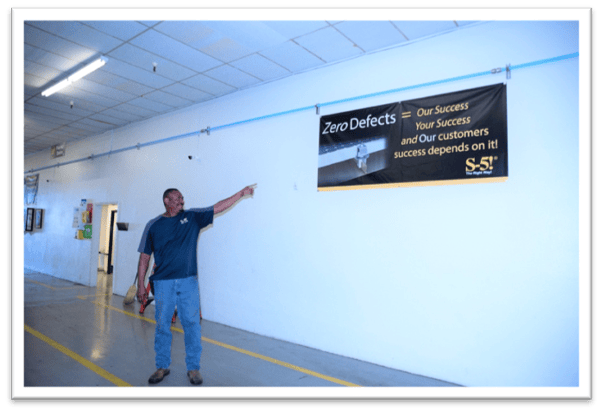 The plant houses a dozen or more major pieces of equipment, many of which are multi-purposed. Various S-5! products can be produced with the same machines with only minor adjustments made prior to production. Automation is King in saving production costs; and Harry is King of process improvement and manufacturing innovation.

Where the Rest of the Magic Comes From 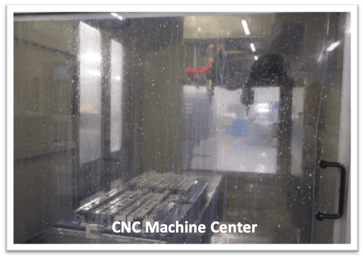 Other specialized pieces of equipment in the plant include the horizontal and vertical CNC Machine Centers.

"These machines offer incredible versatility”, adds Carner, “…because they are a full four-axis machine. We can drill and tap the X, Y, and Z axis, but we can also contour another axis – the fourth axis. Machines such as these are fully automated, and are what we call in manufacturing, ‘lights out’ machines. They are loaded with parts and the machine is started and that’s all that is needed. When machines operate in this way, we have cameras and computer-controlled safety measures, so that if there is some ‘mishap’, the machine shuts down and sends a message to the supervisor by cellphone. Even if off-site, they can check the camera to see what the issue is and arrive at the plant within minutes. It only happens on rare occasions, but they can respond immediately. The nice thing is that our people care enough that their phone is beside their bed and they really WILL jump out of bed to take care of it so that production is not delayed. They know that our future depends on their dedication, so they really care.” 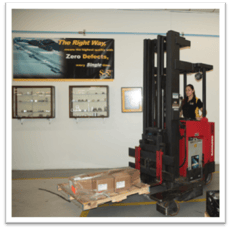 The production line at S-5! is continually re-tuned and automated according to the specific profile shape cuts needed, level of automation and robotics, and human machine monitoring needs. The plant also performs all of its own machine maintenance, so that it is not dependent on an outsourced solution for an in-house need. 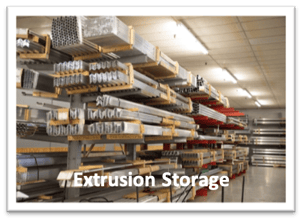 No one understands the needs of the plant as well as those who work there daily. The facility manages this with their own in-house tooling department. Carner adds,“We build all of our own fixtures, and we do our own tooling and equipment maintenance. And when the repair requires parts that are not readily available, we build them ourselves.”

Efficiency, engineering, and entrepreneurial spirit thrive at S-5! In part 3, we’ll share the extreme attention S-5! Manufacturing pays to the Quality Control process. From extrusion to shipping, every single product S-5! sells is heavily scrutinized prior to leaving the plant. The plant’s Quality Control production line is as well-engineered as every single S-5! product. More to come… 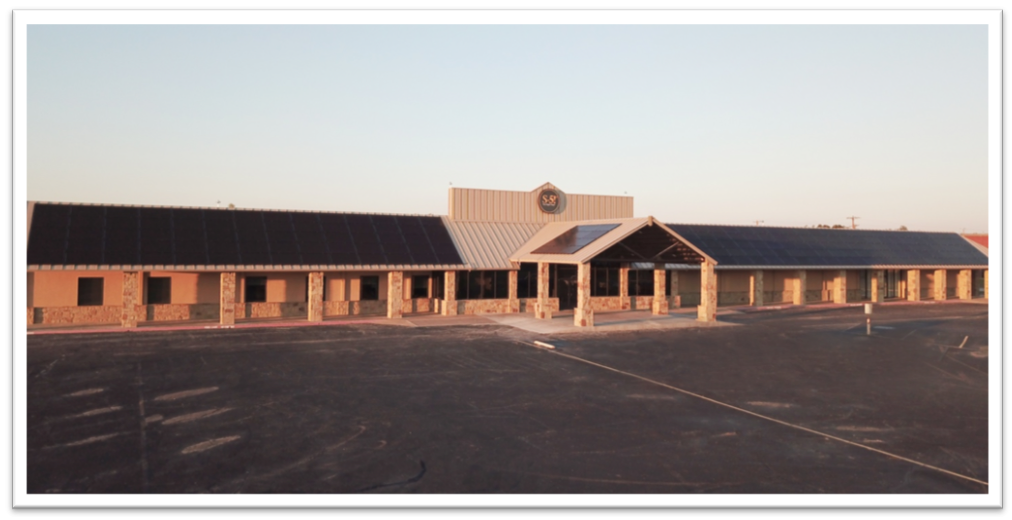 S-5! Manufacturing: Where It All Begins