What is a Snow Guard?

Snow retention helps preserve your metal roof and allows snow drifts and snow melt to exit the roof in a more controlled manner (i.e. in small amounts, evaporation or melt water), avoiding the potential calamity of the rooftop avalanche. 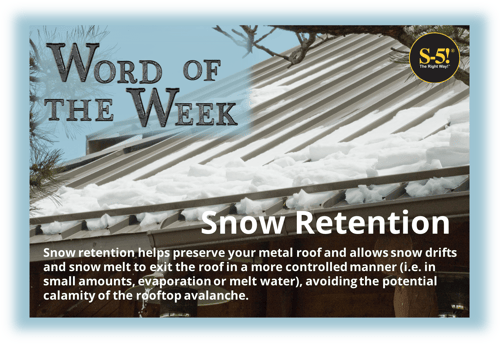 According to the Metal Construction Association's technical document Qualifying Snow Retention Systems for Metal Roofing, a snow retention system, also known as a snow guard system, is a series of unitized snow-guard devices or continuous assemblies installed for the purpose of retaining snow on a roof and allow the snow to evacuate slowly via thaw and sublimation rather than suddenly and unexpectedly via rooftop avalanche.

Word of the Week: Snow Retention

SENTENCE: // Although a rooftop avalanche can be an awesome expression of nature, properly engineered and installed snow retention on a metal roof can help prevent this potentially deadly phenomenon. 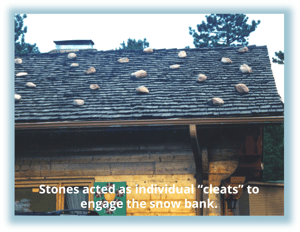 Snow retention devices originated hundreds of years ago in the areas of Scandinavia and the Alps. In these cold regions, stones and logs were used to increase the friction between snow and roof to retain snow on rooftops.

Stones acted as individual “cleats” to engage the snow bank. Logs were the first type of continuous fence that engaged the bank of snow. Snow on the rooftops in these Alpine climates was also a good insulator and helped to keep the inhabitants warm. This was prior to the use of insulation in building construction. 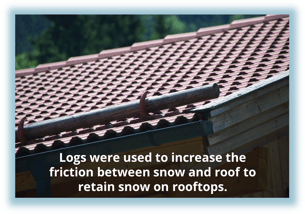 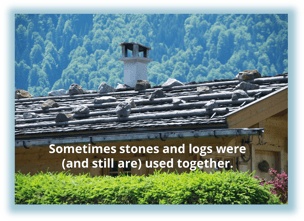 n't Any Snow Guard Police: What's On Your Metal Roof?

What's the Best Way to Mount Snow Retention to a Metal Roof?